Gretchen enjoying the views of “an economically stable and culturally mature country.” She likes the food, too!

This site started as the hermitage of the Irish monk Gallus in 612 AD, became an abbey in 720 AD, and evolved to this by the Baroque. The Swiss like to keep things in tip-top shape. 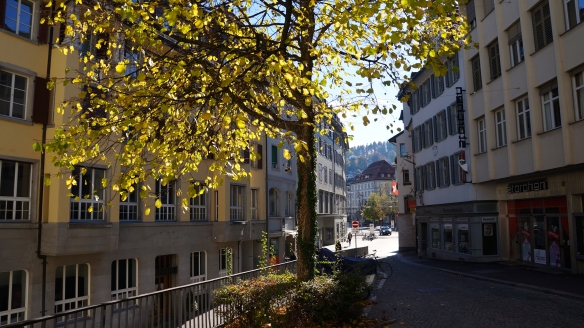 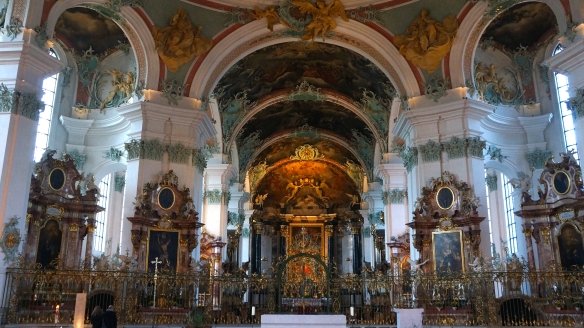 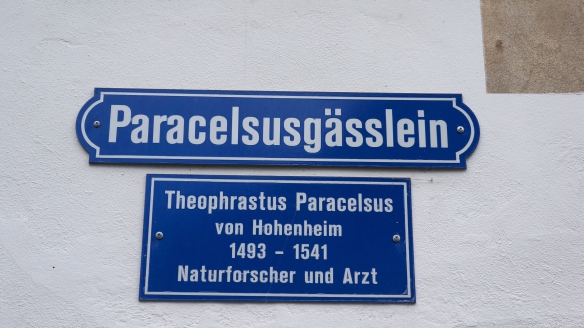 Lots of good chocolates at this Chocolaterie. I had hot coco every day (and chocolate candy on most). Good pastry in Switzerland, and lots of many kinds of bread. 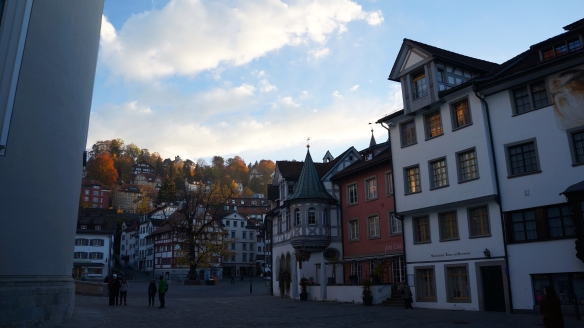 The car we rented in Winterthur during our Swiss trip.

Textile Machine! Such machines vastly expanded textile production, during the Industrial Revolution, from what had been done in earlier times with only hand embroidery. The hand embroidery and hand lace production industries were the domain of woman artisan-producers and innovators, both aristocrats and (many more) common folk (who earned wages for their work).

Hand-sown embroidery from ~1750. The colors were more vibrant than the photo conveys. The fine stitching is amazing.

Clothes from early 19th century (display at the Textile Museum). 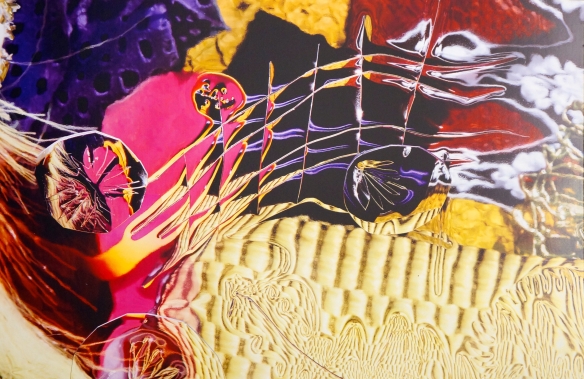 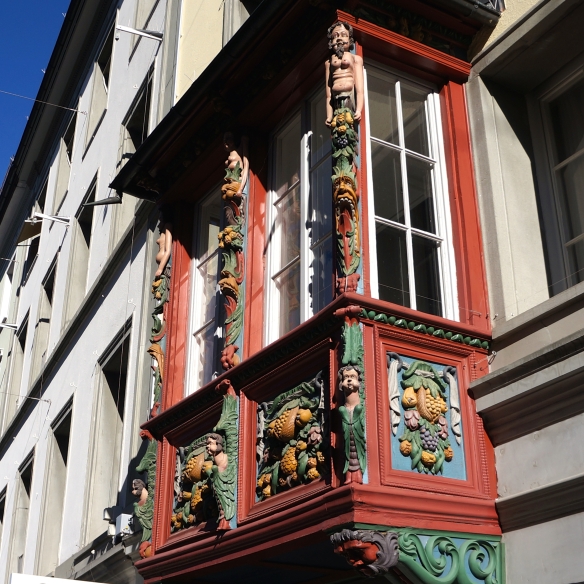 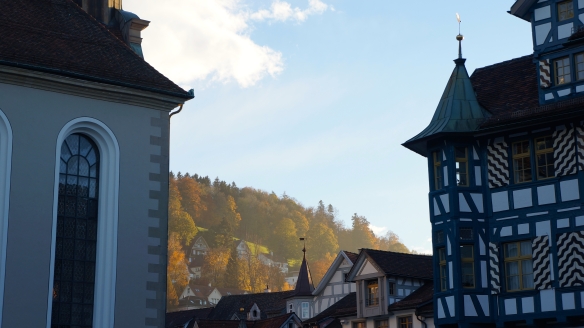 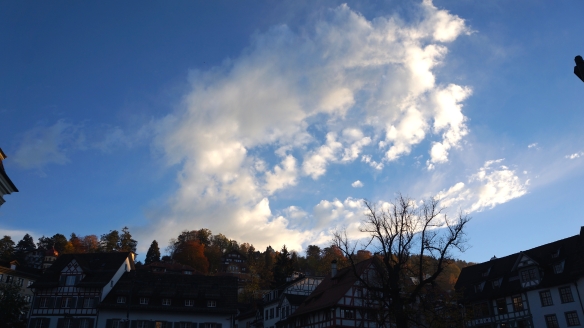 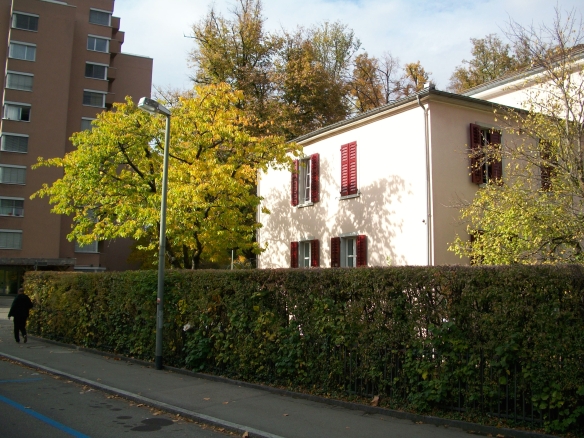 A street in Winterthur. My version of “modern” art photography. The whole country of Switzerland is like that hedge: trimmed to perfection.

Train ride on the neat, comfortable, clean, well-appointed, quiet and smooth-riding Swiss trains. They have many trains, and they run frequently. The Swiss countryside is green and, like everything else there, neat, clean and well-ordered.

A view inside of St. Gall’s Abbey Library, published by the Swiss tourist agency.

This library’s origins are 800 years old; much was added during the Baroque.