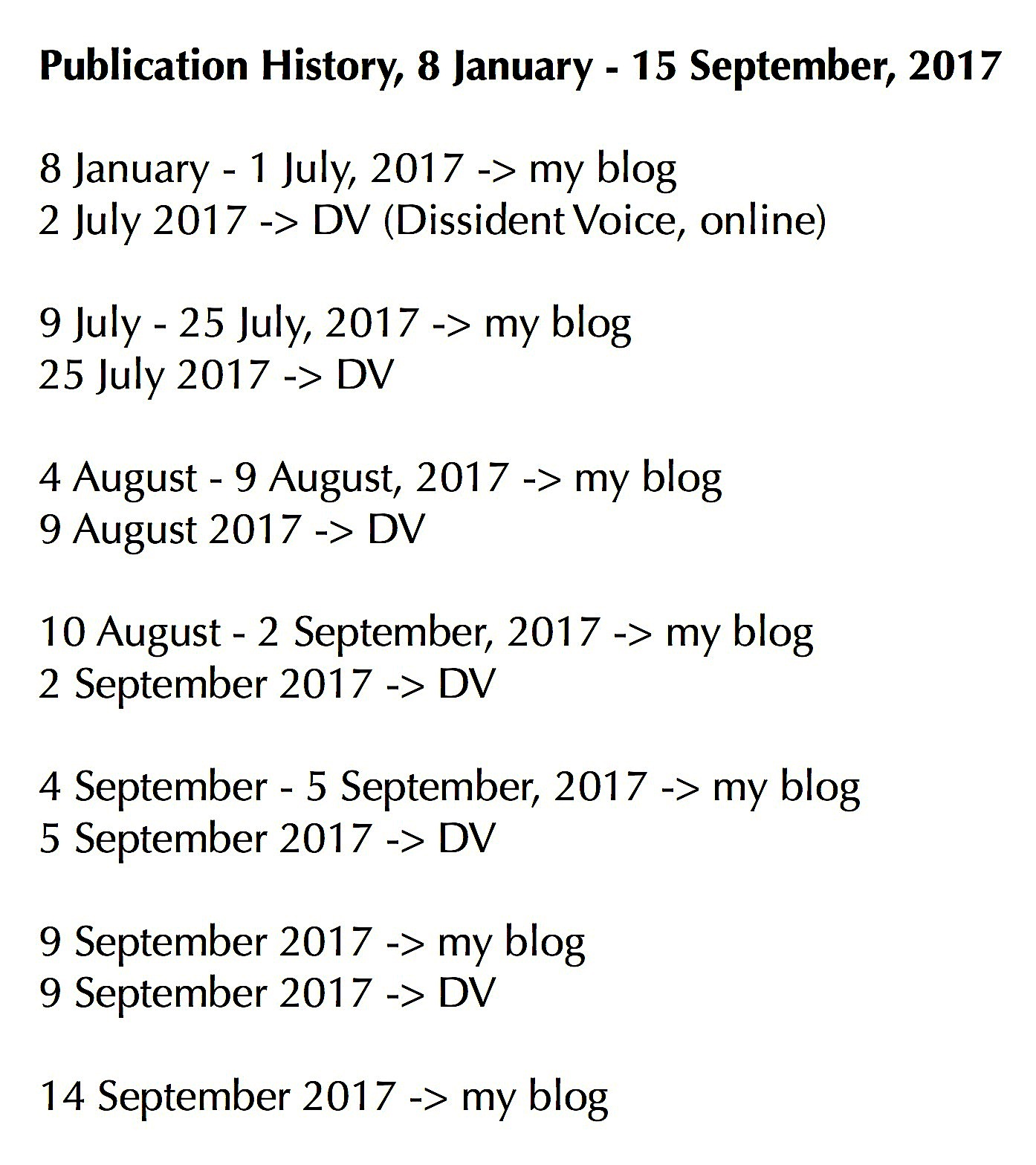 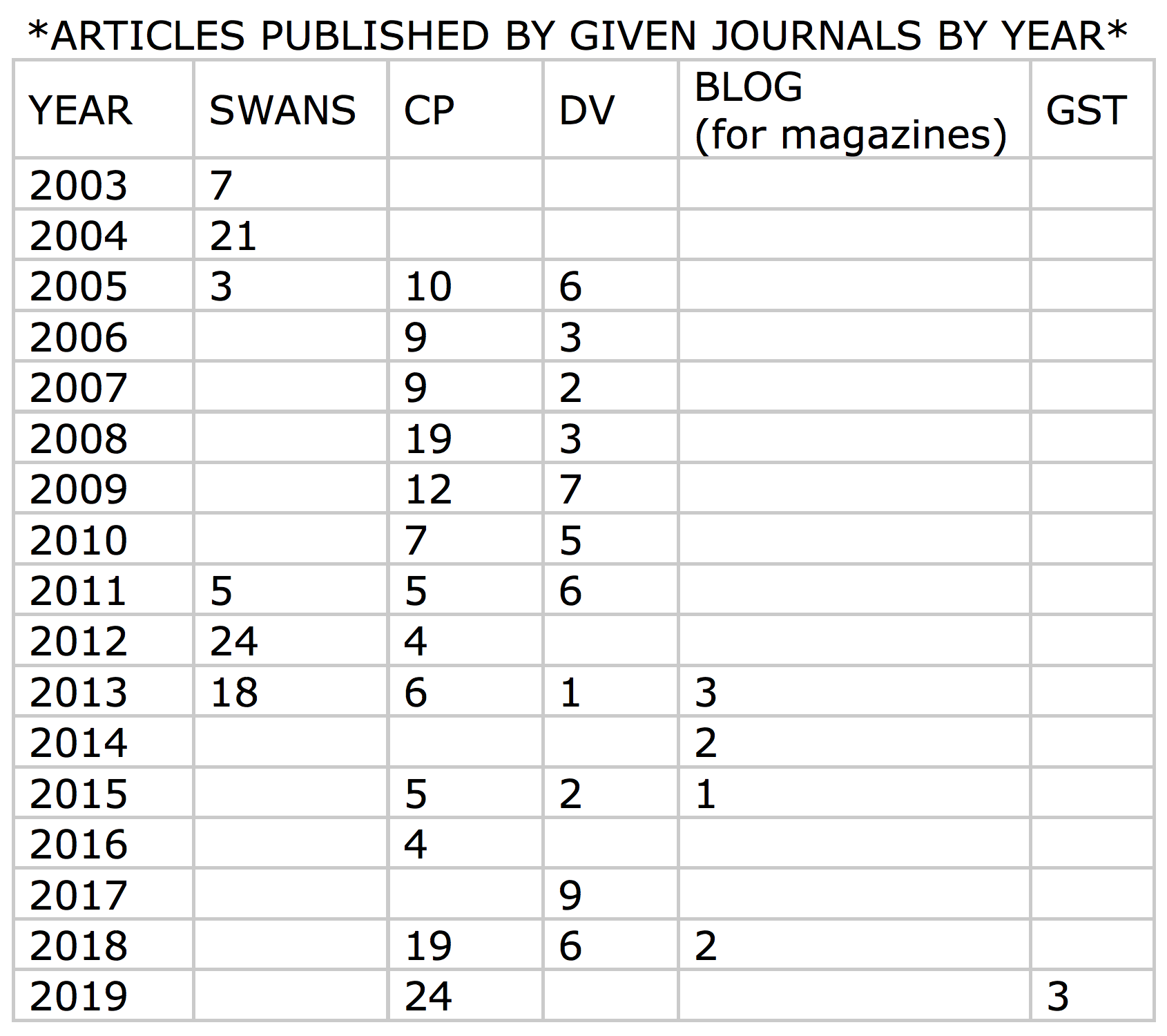 From 2019 to 3 March 2022, I wrote entirely for my blog, and a few of those articles appeared on Counterpunch.

From 3 March 2022 on, I have written, and am writing, exclusively for my blog (I have not/am not making submissions). If anything of mine happens to appear elsewhere, it is because others have chosen to re-post it.