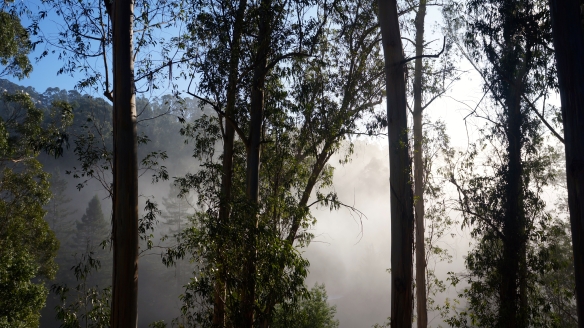 This is a country of very ignorant selfish people who are being exploited by very smart selfish people. I can’t do anything to change that, but I don’t have to help it along, either. I can forgo getting the best possible deal at the lowest possible price with the least amount of thought.

I don’t talk politics during the holiday season, at family gatherings, or basically ever. People believe what they want to believe, and facts don’t matter. Challenging people’s beliefs only upsets them and drives them into bunkers of defensiveness. By adolescence, people don’t change, certainly not because of what others tell them. Any change of thinking and attitude is purely a result of responding to life’s traumatic experiences, and such change is rare even when the traumas are regular.

The fear for human extinction caused by climate change, overpopulation and nuclear war, which is increasingly expressed by intelligent, socially conscious long-range thinkers, is beyond permanent relief. This fear springs from a deep-seated belief that humanity must endure eternally, that it cannot be allowed to pass away. But why? The history of life on earth is one of species emerging, evolving and fading away. Extinction is the rule, the average lifespan of species on earth is a few million years.

A human lifetime is too brief an instant for any individual to have any impact on the course of humanity’s drift toward extinction. It is true that some individuals find themselves in positions of immense temporal power and are able to initiate, or halt, genocidal events. However, the power to cause rapid human extinction is beyond any single individual. The intentional rapid extinction of humanity requires the cooperative madness of many individuals engaged in launching the world’s stockpile of nuclear weapons in one apocalyptic world war. Individual selfishness is one deterrent to the selfless cooperative attainment of this radioactive crescendo of extinction.

A better response by socially conscious people, to the realization of humanity’s drift toward extinction as a mass of insular selfish individuals ensconced in their little logic and fantasy bubbles that are opaque beyond close-in personal horizons, is to make their face-to-face interactions as compassionate, honest, honorable and calming as is reasonable given the circumstances. Obviously, sometimes conflict is necessary and right, but one tries to minimize that. This is “being peace” as Thich Nhat Hanh has written about so eloquently.

You as a living experience are peace for your own well being in the here and now, and as a socially conscious expression of solidarity with whatever individual human being you are dealing with at the moment, because you recognize the same spirit of life in them as in you, and because you realize that every other person is a bundle of largely unseen and unknowable mental fears and psychological conflicts – just as you have, largely unseen by the rest of humanity.

Be peace because that is what you can do. Forget about saving humanity, you can’t do it, it can’t be done, and it doesn’t matter. Before you were here, while you are here, and after you are gone, the universe is.