The Character of a Nation

The lower the moral and intellectual development of the masses, the less effective are democratic processes for solving national problems, improving the lives of people, and making wise use of national resources.

Elites can only control and exploit a people who have allowed themselves to become culturally primitive, socially degraded and disunited.

The fate of a nation is set by the character of its people. 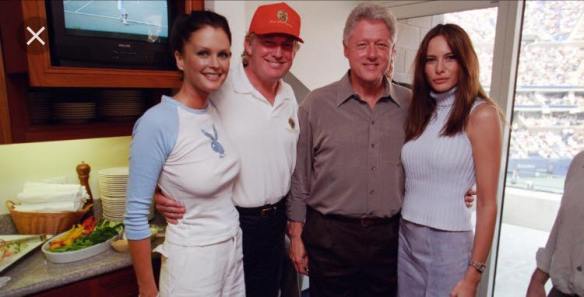 Old Gals Just Want To Have Fun (with Hillary’s Bill)

The easiest way to destroy a man’s career today is to accuse him of being nasty to the ladies. However, this is only true for abusers of women who are unpopular with women, like Donald Trump. Abusers of women who are popular with women, as John Kennedy was and Bill Clinton remains, are immune from such censure. A majority of American women retain favorable opinions of Bill Clinton, and many thousands would be delighted to flop on their backs and spread their legs for his enjoyment, despite him being a narcissistic sexist clod.

This masochistic devotional fervor is all to the benefit of Hillary Clinton’s political ambitions. She is America’s Livia Drusilla who aspires to be America’s Margaret Thatcher, and now seems likely to gain the White House to become America’s most successful influence peddler, much to the delight of the Wall Street banksters by whom she is bought and paid for. Hillary Clinton is cashing in on the yearnings of a majority of America’s older female voters, for compulsory celebratory recognition.

This is the popular force that is overwhelming any concern over climate change, nuclear war with Russia, securing fair and just futures for America’s youth, and stopping the “genocide by indifference” [1] that accompanies American foreign policy and imperialism. Such is the force of American middle-aged female vanity longing for adoration.

So, screw the kids and their desires for worthy futures in Bernie’s revolutionary social democracy; screw the brown people in foreign lands getting bombed to support American weapons sales; screw the dumped American labor force whose jobs are offshored and whose housing unaffordable in order to fatten the Wall Street take; screw the future desperate patients of Veterans Administration hospitals, who will have absorbed the incoming from America’s wars-of-tomorrow; and screw everybody who is going to get burned out or washed away by climate change, necessary to fill the corporate treasure chests.

For too much of the older double-X portion of the electorate, the self-image paragon to be deified is Hillary Clinton, along with her co-enabling super-predator Bill Clinton, barking and humping at the end of a long leash. Everybody else, worldwide, will just have to suck it up and bow down to the old girls’ triumph in becoming vicariously powerful; it’s their turn to come out on top. Nothing else matters.