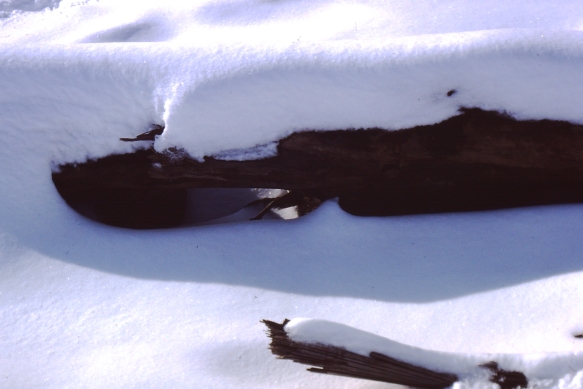 My end-or-the-year thoughts about our world have been similar for some years now, and are summarized as follows.

It seems the major themes of my year were: the political yin-yang of popular equality versus privileged freedom in the U.S., climate change, and philosophies of eternity.

The United States today is a society in which power is allocated on the basis of accumulated and organized wealth, which imposes a social structure of inequitable freedom against the popular desire for a compassionate and just equalization of benefits and responsibilities. This situation will continue because neither the power and selfishness of accumulation nor the distractibility and ignorance of the masses show any signs of diminishing.

Climate change will proceed unhindered, as will the uninterrupted rush by humanity to exploit all sources of fossil fuels. The moral choice between restraint for the good of all life versus gaining an immediate boost to private power will always be won by the latter.

Can the nearly 200 nation-states of the world each develop into a multi-cultural democracy? That is the portal to the next level of social evolution. One significant barrier here is the obsession to rule theocratically or with major ethnic, racial, sexist, and religion-based prejudices, and with archaic and stunting restrictions on the scope of human thought and on benign natural behaviors. To achieve the kinds of peaceful modern states many can envision and few have experienced, it is necessary to have religions of all types fade from public affairs and become exclusively matters of the private thinking of individuals. Peace will come in proportion of the secularity and inclusivity of governance.

The dream of would-be benevolent monarchs, theocrats, and authoritarian ideologues, of peaceful rule under their supervision, stifles the full potential of the humanity trapped underneath it. The ultimate solution to the thorny political problems in many parts of the world is to nurture the human potential there by liberating it from the restrictions heaped upon it by factions seeking to control the lives of others through religion and mental coercion, physical force, economic enslavement, and political exclusion.

I think the eight major problems facing humanity in regard to experiencing a fulfilling standard of living everywhere, as measured by the Human Development Index, are as follows (listed from most urgent to relatively less urgent).

Corruption is ubiquitous around the world, being a massive aggregate of individual failures of moral character, which is aptly named since its collective effect is the hollowing out of governance, the delegitimizing of governments. Authoritarianism and corruption naturally accompany one another, with authoritarianism being the structure of corruption at the apex of the political hierarchy.

Military occupations, repressions, insurrections, terrorism, and coup attempts all disrupt, destabilize, and dispirit civil society. Political violence is the ultimate expression of selfishness by the factional perpetrators intent to gain political power at the expense of the entire society. Politics at every level from that of the village to the international scene will never be perfect, but until our political processes are universally seen to admit all concerns and produce timely, just, and reasonable resolutions, or at a minimum move along that direction, we will not curb the excess of political violence we suffer today.

Reducing the toil of food production and increasing the environmental sustainability of the production methods are essential tasks for the improvement of the health and security of all life. For many populations, the toil of producing food is being made worse by climate change, environmental degradation, predatory financing, and political strife.

Two fundamental steps to boosting the standard of living of presently impoverished, disadvantaged, or under-developed societies are: to ensure people have sound bodies through extensive public health programs and a sufficiency of adequate doctoring, and to ensure that these sound bodies house sound minds, strengthened and enlightened by widely available basic and honest education. Programs of public hygiene disinfect the physical body of a society from the germs and parasites that can cause bodily disease, and programs of public education disinfect the intellects of the people from the most damaging parasites to critical thinking: ignorance, prejudice, and superstition including archaic religious restrictions.

Every man and woman is something nature is doing (paraphrasing Alan Watts). While it is convenient to many human endeavors aimed at gaining profits or advantages of temporal power to imagine that humans are separate from and even opposed to nature, in fact our lives are entwined with the many cycles and processes that we see in aggregate as “the environment.” We are like fish in a bowl, moving within an environment that we alternately imagine as approaching food to be swallowed, and receding wastes we have ejected. What we do to the environment returns to us as the karma of pollution, environmental degradation, and climate change. In today’s world, exploitative attitudes toward nature and the environment can no longer be ascribed to ignorance; they are sometimes excused as desperation and are often a matter of simple greed. Social stability requires an enduring healthy environment, and thus an attitude of environmental stewardship with sustainable uses of energy and natural resources.

The exploitation of the poor by the wealthy through financial methods is a hemorrhage to the effort of elevating and equalizing the standard of living of a targeted society. Such parasitism includes the predatory financing by a wealthy elite exploiting the lower economic classes within one nation, as well as the financial aggression by capitalists in wealthy nations against nations with less economic development, and perhaps with inviting potential wealth in the form of natural resources. Such exploitation can include “free trade” agreements, loans by foreign extractors that gain them significant economic control over indebted nations, and the exploitation of domestic labor by foreign corporations producing for export.

Political freedom is a human right. Exclusion of “the poor” from effective political participation is a fundamental barrier to their efforts to improve their standard of living. Ethnic groups and economic classes with greater wealth and political power can gain control of the government, the military, commerce, and financial systems, and use these to maintain an unrepresentative governance, one which politically excludes a large part of the society they rule over and extract labor and wealth from. While problems 1 and 7 are not identical, they can often be closely related.

Every human on earth deserves access to sufficient energy from sustainable sources for a just and decent standard of living. We each need energy to cook food and purify water, preserve food and drugs (refrigeration), heat homes, provide light after sundown to enable reading and study, power communications devices, power essential tools like well pumps, and power public transportation networks.

Problems 1, 2, 6 and 7 are political and economic, while problems 3, 4, 5 and 8 are social and environmental (of course we realize that politics and economics influence society and the environment, and vice versa).

Family and the arts are refuges to the spirit in times of political exclusion and economic exhaustion.

Originally published at Swans.com on December 17, 2012. The three changes to this article are: after the first two words of the title, a different first sentence, everything after “the” in the last sentence.