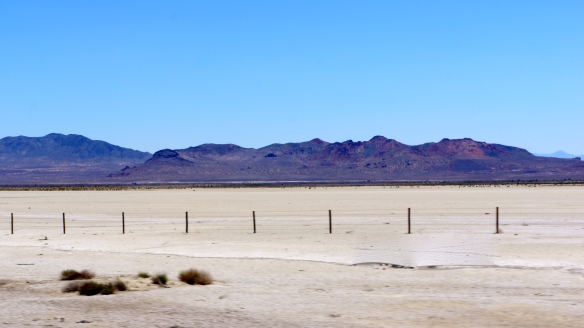 Climate change denial by government is murder by weather.

By now everyone everywhere knows that climate change is a reality, especially the deniers who are simply lying to cover up their real intent, which is to continue with their capitalist schemes of self-aggrandisement even to the point of knowingly letting people die as a consequence.

During the last two weeks, Hurricanes Harvey, Irma and José, in succession, have formed in the tropical Atlantic Ocean to sweep northwest through the Caribbean toward the southern coasts of North America. Harvey has flooded hundreds of thousands of dwellings in the Gulf Coast area of Texas around Houston. Irma, the “lawnmower from the sky,” and the strongest Category 5 (out of 5) hurricane ever recorded, is just making landfall in Florida after razing a number of the smaller Caribbean islands; and Hurricane José is now sweeping into the Caribbean Sea from the east. Climate change denier and right-wing propagandist Rush Limbaugh, lounging in his Florida Xanadu, had called the official weather forecasts of Hurricane Irma’s path “fake news,” but has just heeded those same forecasts by evacuating from the storm, as well as from personal responsibility.

Climate change (as global warming) doesn’t “cause” hurricanes, it makes them more powerful and more frequent. Warmer oceans more easily evaporate, increasing the atmospheric moisture available for rain, and increasing the atmospheric heat energy available for driving winds. It takes heat to evaporate liquid water into vapor. Such vapor rising from the ocean surface mixes with the atmosphere. At higher elevations where the air temperature is lower, or in the presence of cold air currents, water vapor can lose its heat energy to the air and condense into droplets of liquid water. The heat energy released by water vapor to condense back into liquid – the latent heat of vaporization – is sizable (per unit mass of H2O) and adds to the energy of motion of the air molecules and air currents: wind. So, global warming makes for more moisture in the air over tropical ocean waters, and more heat energy in that air to drive winds and storms.

The scientific facts about global warming have been known for a very long time, and were largely learned through government-funded research. US Government officials, as in the George W. Bush administration and now in the Donald Trump administration, who publicly deny these facts – excruciatingly documented and warehoused by the scientific, technical, military and commercial agencies of the US Government – are simply voicing bald-faced lies, and are thus betraying their official and constitutional responsibilities to the American public. Since this lying (and its enabling of continued greenhouse gas pollution) is done knowingly and for monetary gain, and the consequential more violent weather (droughts, hurricanes, floods) erupting from today’s global warming climate change always causes fatalities, then that climate change denial is at the very minimum an accessory to criminally negligent manslaughter, and without a reasonable doubt to premeditated murder.

What follows is a timeline, which I first made for myself in 2013, of the development of scientific knowledge about climate change. This summary outline includes some of the incidents of the intimately related “world energy crisis,” which I define as getting enough energy for a decent standard of living worldwide, coupled with the commercial competition between: fossil fuel energy versus nuclear energy versus solar/green energy.

Both fossil fuel energy and nuclear energy are intrinsically capitalist forms of resource hoarding and market exploitation, because they are extracted from the Earth at specific locations, burned to generate electricity at large and complex industrial plants, and distributed widely and distantly through a large electrical transmission line distribution grid.

On the other hand, solar/green energy is intrinsically a socialist or public commons type of energy resource because it is naturally abundant everywhere – like sunshine and wind – and is easily converted to electricity wherever it is collected. It is because of its intrinsic socialist (anti-capitalist) nature that solar and green energy are being legally attacked and restricted in US political jurisdictions controlled by rabidly capitalist special interests. The outline now follows.

The clock for a public policy response to the “energy crisis” (now enlarged to “Global Warming” and “Climate Change”) started ticking in October 1973 with the First Arab Oil Embargo (1973 Oil Crisis), and we’ve yet to get off our asses in response to the alarm (40+ years later).

Four years later, the energy problem was serious enough for President Jimmy Carter to address the nation about it on the 202nd anniversary of Paul Revere’s ride (18 April 1977). See http://www.youtube.com/watch?v=-tPePpMxJaA

What follows is a very brief synopsis of the scientific development of knowledge about Anthropogenic Global Warming (AGW, which is human-caused, CO2-driven Climate Change), along with incidents of the parallel World Energy Crisis.

In 1896 Svante Arrhenius calculated the effect of doubling atmospheric carbon dioxide to be an increase in surface temperatures of 5-6 degrees Celsius. Meanwhile, another Swedish scientist, Arvid Högbom, had been attempting to quantify natural sources of emissions of CO2 for purposes of understanding the global carbon cycle. Högbom found that estimated carbon production from industrial sources in the 1890s (mainly coal burning) was comparable with the natural sources. (HCCS)

In 1938 a British engineer, Guy Stewart Callendar, attempted to revive Arrhenius’s greenhouse-effect theory. Callendar presented evidence that both temperature and the CO2 level in the atmosphere had been rising over the past half-century, and he argued that newer spectroscopic measurements showed that the gas was effective in absorbing infrared [heat radiation] in the atmosphere. Nevertheless, most scientific opinion continued to dispute or ignore the theory. (HCCS)

In 1955 Hans Suess’s carbon-14 isotope analysis showed that CO2 released from fossil fuels was not immediately absorbed by the ocean. (HCCS)

In 1957, better understanding of ocean chemistry led Roger Revelle to a realization that the ocean surface layer had limited ability to absorb carbon dioxide. (HCCS)

In a seminal paper published in 1957 [Roger Revelle and Hans Suess, “Carbon dioxide exchange between atmosphere and ocean and the question of an increase of atmospheric CO2 during the past decades.” Tellus 9, 18-27 (1957)], Roger Revelle and Hans Suess argued that humankind was performing “a great geophysical experiment,” [and called] on the scientific community to monitor changes in the carbon dioxide content of waters and the atmosphere, as well as production rates of plants and animals. (HS)

AGW became common knowledge among aerodynamicists and atmospheric scientists by the 1960s, as witnessed by the following passage from John E. Allen’s 1963 book surveying the field of aerodynamics “for the non-specialist, the young student, the scholar leaving school and seeking an interest for his life’s work, and for the intelligent member of the public.”

Scientists are interested in the long-term effects on our atmosphere from the combustion of coal, oil and petrol and the generation of carbon dioxide. It has been estimated that 360,000 million tons of CO2 have been added to the atmosphere by man’s burning of fossil fuels, increasing the concentration by 13%. This progressive rise in the CO2 content of the air has influenced the heat balance between the sun, air and oceans, thus leading to small but definite changes in surface temperature. At Uppsala in Sweden, for example, the mean temperature has risen 2° in 60 years. (JEA)

22 April 1970: On this first Earth Day, MG,Jr decides to aim for a career in energy research, for a brave new future.

Evidence for warming accumulated. By 1975, Manabe and Wetherald had developed a three-dimensional Global Climate Model that gave a roughly accurate representation of the current climate. Doubling CO2 in the model’s atmosphere gave a roughly 2°C rise in global temperature. Several other kinds of computer models gave similar results: it was impossible to make a model that gave something resembling the actual climate and not have the temperature rise when the CO2 concentration was increased. (HCCS)

18 April 1977: President Jimmy Carter’s Address to the Nation on Energy.

The 1979 World Climate Conference of the World Meteorological Organization concluded “it appears plausible that an increased amount of carbon dioxide in the atmosphere can contribute to a gradual warming of the lower atmosphere, especially at higher latitudes….It is possible that some effects on a regional and global scale may be detectable before the end of this century and become significant before the middle of the next century.” (HCCS)

July 15, 1979: President Jimmy Carter addresses the nation on its “crisis of confidence” during its 1979 energy crisis (oil and gasoline shortages and high prices). This address would become known as the “malaise speech,” though Carter never mentioned “malaise.” See http://www.youtube.com/watch?v=kakFDUeoJKM. Have you seen as honest an American presidential speech since? “Energy will be the immediate test of our ability to unite this nation.”

November 4, 1980: Ronald Reagan is elected president and the “big plunge” (the neoliberal shredding of the 1945 postwar social contract) begins. Poof went all my illusions about an American energy revolution.

April 26, 1986: A nuclear reactor at the Chernobyl power station in the Ukraine explodes, spewing radioactivity far and wide, and the fuel core melts down. The Chernobyl disaster was the worst nuclear power plant accident until the Fukushima Daiichi nuclear disaster of March 11, 2011.

1986: Ronald Reagan has the solar hot water system removed, which had been installed on the roof of the White House during the Carter Administration. The official US energy policy was obvious to me: solar energy and conservation were dead.

In June 1988, James E. Hansen [in Congressional testimony] made one of the first assessments that human-caused warming had already measurably affected global climate. Shortly after, a “World Conference on the Changing Atmosphere: Implications for Global Security” gathered hundreds of scientists and others in Toronto. They concluded that the changes in the atmosphere due to human pollution “represent a major threat to international security and are already having harmful consequences over many parts of the globe,” and declared that by 2005 the world should push its emissions some 20% below the 1988 level. (HCCS)

All that AGW scientific research has done since 1988 has been to add more decimal places to the numbers characterizing the physical effects. That was over a quarter century ago. So, I take it as a given that the American and even World consensus [so far] is in favor of probable human extinction sooner (by waste heat triggered climate change) rather than later (by expansion of the Sun into a Red Giant star). And, yes, the course of the extinction will proceed inequitably. Not what I want, but what I see as the logical consequences of what is. (End of the outline.)

Global warming is Earth’s fever from its infection with capitalism.

So, whenever some government, corporate or media potentate discharges another toxic cloud of climate change denialism, realize that what they are actually and dishonestly telling you is: “I am going to keep making my financial killing regardless, and I don’t care who has to die for it.”