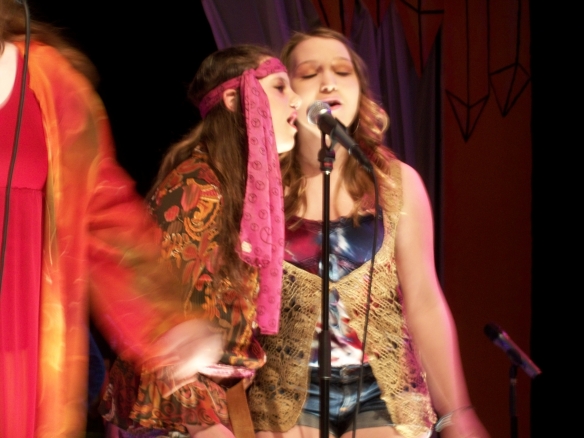 The Smoke Rings of My Mind

I landed in college as a green wide-eyed freshman, at the University of Pennsylvania in Philadelphia (NOT Penn State!), in September 1968. This was an explosive year, to my mind the most pivotal one in the United States since 1945. My dorm room was in a short cul-de-sac second floor hallway of the large antique pseudo Oxford-Cambridge style ivy-festooned stone masonry men’s dorm quadrangle building off Spruce Street.

I felt really good to finally have gotten out of the prison day-camp Catholic boys high school I’d been in for 4 years, and out of the nice suburban North Shore Long Island town my family lived in during my adolescence (before that being in New York City); and I had a brand spanking new draft deferment that I thought would insulate me from the carnage of the Vietnam War, which was at its peak at that time with the Tet Offensive.

In fact, Lyndon Johnson’s televised speech with the surprise announcement that he would not seek reelection in November 1968 happened two days after my 18th birthday, after which I had to troop down to the post office and register for the draft. That didn’t feel too good believe me, because I’d watched the news and read the papers daily all through high school. Those were my “Greta Thunberg” years, 1964-1968: from the Bay of Tonkin con-job and 1965’s Marine invasion of South Vietnam — “escalatio” as Tom Lehrer called it — to Tet, erupting on January 31, 1968, and pulsing through three bloody phases that year; when I was dreading the fucked-up situation the adults were shoving my way (you know: die for us, it’s good for “the country”).

My own priorities were: #1, study engineering so I could become the next Enzo Ferrari and build my own sports cars; #2, find receptive female companionship to find an outlet for my raging testosterone levels; and #3, stay out of Vietnam. I was not wise as an 18-year-old, I was NORMAL, having been instructed about women (“girls” was the pre-feminist term used then) by Beach Boys songs (those cherub troubadours of the white colonial culture of the Occupied Territories of Mexico’s northern part of Baja California) and Sophia Loren movies.

In the decades since then I’ve come to realize how difficult it is for women everywhere, and most certainly in the United States with its huge proportion of knucklehead males, to accept becoming the “second mothers” to so many needy fake-macho lunkheads: pickings for good husbands, mates and sperm donors (drones in the Bee World) can be slim for so many alert and intelligent women.

But, in the fall of 1968 I was feeling good and with high hopes. I burrowed enthusiastically into my school work and got on the Dean’s List. Three of us in our hallway were socially awkward and stayed in at night from lack of alternatives and fear blunting initiative. Besides, all the coeds had lots of upperclassmen to pick from and who owned cars and had money to spend. So, Joe Williams invited two or three of us to listen to his Bob Dylan records (note: using a plug-in electric machine that played vinyl discs to produce recorded music sounds).

Now, I had heard all the pop music of the day every day before that, because I had gone to my somewhat distant high school in a carpool driven by a neighbor boy’s father (a NYC fireman with rank, so lots of time to call his own), in a Ford Econoline van (a very cute unsafe-as-hell design), and Robert (the son) would put on the radio for every trip. Beside hearing it all in this way (the grating falsetto Sherry Baby too, too many times, but the Rascals on “Good Lovin’” was the best), and outside school it was so easy to hear spillover sounds from radios playing everywhere. At home I listened to the classical music and Spanish Zarzuelas (operettas) so close to my heart. So, by September 1968 I knew about Dylan’s hit songs up to that point.

But, Joe Williams said we had to hear Dylan the right way. Joe turned us on to grass: marijuana. We would sit up through the night listening to Dylan’s 1965 and 1966 albums: “Bringing It All Back Home,” “Highway 61 Revisited,” and “Blonde on Blonde.” We laughed our asses off totally stoned listening to “Rainy Day Woman #12 & 35” — “everybody must get stoned!” — yeah. It was so hilarious to read the “adult” press on this, where the experts saw in this song a deep poetic cry of alienation. Man, the adult world is just one big blivet of puffery.

I had heard all the popular folk music during its period of prominence, which coincided with the Civil Rights movement from about 1961 to its crescendo in August 1963 when Rev. Martin Luther King, Jr. proclaimed his dream to the nation and world from the steps of the Lincoln Memorial (which is my favorite single building in Washington D.C.), until its triumphs with the Civil Rights Act of 1964, and the Voting Rights Act of 1965.

At that point Bob Dylan checked out of the topical political protest folk singer-songwriter role he’d mastered, and moved on artistically. No creative person can stand typecasting. Dylan’s early career in pure folk music was masterful, but I wasn’t into folk music. I turned onto Dylan when he went electric. For me a good song has both good words (even poetry) plus lots of really good instrumental music. And this essay is, believe it or not, about that.

Bob Dylan went on tour in 1966, backed by a 5 piece rock band, 4 of whose musicians (except the drummer) were a longtime group that would emerge on their own in 1968 as “The Band.” Dylan was booed at all his concerts in Europe and at the Newport Folk Festival in 1965, as a “traitor” to the pure folk music style his earlier audiences had typecast him into. Even his pals Pete Seeger and Joan Baez were put off. Why?

In the late 1930s, Frank Sinatra exploded into popularity because he revolutionized how pop music was delivered to the fans. Earlier singing phenomena, like Bing Crosby, knew how to croon with projection to make up for the deficiencies of the crude electrified public address systems of the times, if one even existed in the halls they sang in. By Frank’s high school years (which he bailed out on) microphones and amplifiers were improving significantly (“modern” hi-fi equipment was finally introduced by RCA in 1941).

Tony Bennett has perceptively pointed out that with this new equipment Frank Sinatra did not need to project, so he “made love to the microphone” and sang in a very intimate style, and which every listener in the dance halls and over the radio broadcasts felt was delivered just to them, person-to-person. The Bobby-Soxers went ape-shit over this, a mega-scale precursor to the Beatlemania of 20 years later.

This is where Frank Sinatra was a pivotal figure in the evolution of broadcast popular music: he had that smooth melting crooner’s voice (and had even taken voice lessons from an ex-Metropolitan Opera vocal coach), he had lovely breath control (much learned from Jo Stafford, listen to her meltingly wonderful “The Nearness of You”) with which to fashion long lingering phrases, and he had that intimate emotional and yet cool even vulnerable at times feeling, which he conveyed so convincingly.

Bob Dylan’s folk music was conveyed to his initially small audiences in just this intimate way. Even without a P.A. system, a non-projective (non-operatic, non-Irish tenor) style of singing was just fine in the always small coffee houses and folk clubs of Greenwich Village in the 1950s and early 1960s. And of course, Dylan’s albums from 1961 to 1964 carried his recorded intimate-delivery folk music far and wide.

Now, the American folk music of the early ’60s was nothing like the polished hip big band standards that Frank Sinatra put out, but even at its most angry, and ‘protesty’ and ‘shouty’, the folk music of those years was essentially intimate (think Phil Ochs): it spoke to the personal feelings for and dreams of social transformation in each of the audience members, and with minimal acoustic instrumentation. Those songs were usually not stadium-sized sing-along sonic-boom anthems like Freddy Mercury’s “We Will Rock You,” even though Dylan’s “The Times They Are A-changin’,” and “Blowing In The Wind” sort of became ones.

So by 1965, Bob Dylan was typecast by his folk fan base as “their” intimate public voice. But by then Dylan had gotten stoned and was now deep into making group electric music for being stoned. That was the first pop music that could burrow into your stone-cave and light up the panorama movie screen of your stone-mind with its soundtrack — for so many of us lunkhead males, and also for plenty of girls (sorry: women) as I soon learned from direct experience —: the blazing folk-rock of Dylan in 1965 and 1966: “Subterranean Homesick Blues,” and “Like A Rolling Stone.”

The poor folkies who wanted to be aurally cuddled by their post-Beatnik second daddy folksong troubadour wailed about their Big Brother’s abandonment of them. This is where Bob Dylan is a pivotal figure in American (U.S.) broadcast popular music: his was the folk-blues phantasmagoria of proto-rap lyrical torrents cascading out on streams of blazing hot blues-rock electric music that engulfed the newly stoned minds of the emerging adolescent and young adult nymphs, and the innocent drones and satyrs scheduled as cannon fodder for the Vietnam meat-grinder. That was me.

In 1969, I lost my deferment (2S) and was classified as ready for war right then (1A), because of some screw-up where it was reported to the draft board that “my” grades were failures. For those people any boy Garcia was the same person, so I get pegged with someone else’s failure. When I called the draft board to complain about this clerical error, telling them I could send them a copy of my dean’s list letter from the school, the old lady scarecrow on the phone just said to me “once we start the process we just keep going.” Up to 1968, 50% of the Vietnam War casualties among U.S. soldiers were Blacks and Latinos, always sent out “on point” by their white-boy lieutenant platoon commanders ‘leading’ their men, from the rear, into jungle ambuscades (I heard about such things from first hand recollections by Puerto Rican veterans who survived their 1960s in Vietnam).

So I basically lost my mind, desperate to achieve my goal #2 before being done in by a failure to meet goal #3; and I kept up my studies in the hopes of being ultimately able to proceed with my career ambitions to do engineering and science in a creative way, should I survive. I eventually lucked out by getting a very high number in the draft lottery of December 1969, and so I was passed over for being inducted into the U.S. military.

And during those years of 1968 and 1969, I listened to much music designed to accompany being stoned: Dylan, Doors, Janis Joplin, The Byrds, Buffalo Springfield, Hendrix, Jefferson Airplane, and even Crosby Stills and Nash. Janis and CSN were favorites in the girls’ dorms (dorms were segregated by sex in those days, so making an overnight stay involved careful planning and inside help to pull off, like a bank heist caper). I learned much about all this music from the young ladies — all of them far more socially aware than me, keenly informed about pop music, and all very bright — who accepted me into their group company to listen to records at night.

After 1969 I started becoming an adult, but that is another story. Last tip: put Crème de menthe into your bong instead of water, especially helpful with hashish.

5 thoughts on “The Smoke Rings of My Mind”