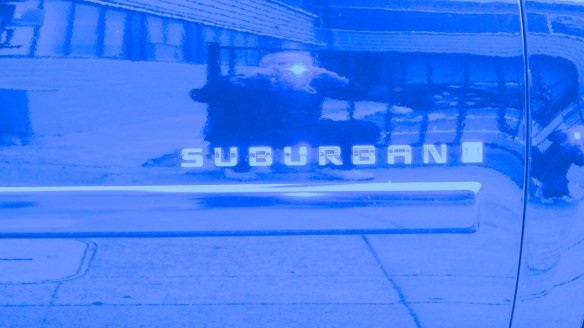 There are basically four groups of American voters:

The Big Capitalists and corporatists are mainline Republicans and Democrats (1), who by and large voted for Hillary Clinton this last time because she was the current face of the money-grubbing robber elite (they vote for any Repub or Dem who is the current main front for the Big Money).

The Trump fans (2) are by and large poor dumb honest bigots, many down-and-out.

The Hillary cultists (3) are by and large pale-face suburban-type dishonest bigots (and their “poor relations,” the associated darker-skinned, poorer, Stockholm-Syndromed-to-Dems, wishing-and-hoping-in-vain, and reliably suckered “minority” voters).

The election of 2016 was a battle between the American people and the corporations (the Big Money robber elite), and that election was lost by the American people in July 2016, when Hillary Clinton and the DNC influence-peddling mafia (including Obama) sidelined Bernie Sander’s campaign: the authentic will of the vast majority of the American people (to this day!). The Democratic Party has no continuing legitimacy ever (and the Repub Party, a wannabe-fascist national-robbery conspiracy, is only very slightly worse).

The contest in November 2016 was between two would-be figureheads fronting the Big Money management of the USG, and Trump won that contest because Hillary was odious to groups 2 and 4; and group 2 had no other option (as Bernie was out) for registering their just complaints (no jobs, no income, poisoned water, and government didn’t care about them), and Trump appeared sympathetic (e.g., anti-TPP) while Hillary was decidedly hostile to them (pro-TPP, “single-payer healthcare will never happen,” “[blue collar] jobs are never coming back,” “[you’re] irredeemables…deplorables”).

So, the real “civil war” and “economic war” in the US is between group 1 versus groups 2 and 4 (group 3 is/are the associated wannabe flunkies of group 1). It is imperative that Berners and Trump fans realize that they are fundamentally on the same side (except for the Group 2 bigotry). The most important force for revitalizing America, and kicking out the corruption eating it out, would be a strong coalition of groups 2 and 4 to become very active behind Bernie’s initiatives, AND for the dismissing of group 3 — to Mars if possible — the Hillary cultists, who are the single biggest impediment to any useful progress in America (the second biggest impediment is the obdurate bigotry of Trump fans of all colors).

Group 1 can never be dismissed (with anything less than 1793 French methods), but as in the F.D.Roosevelt administration, it can be regulated given enough popular pressure. Group 3 are deplorable parasitic airhead irredeemables. There is no reason to ever listen to, or pay attention to, or respect any irredeemable Hillary cultist. Theirs were the key votes for Trump, whose administration actually began on 25 July 2016. The Democratic Party, under the control of Hillarists and the DNC, is a political Dracula bloodsucking on the American people. It needs to be killed with a stake driven through its DNC heart, so it fades into dust blown away in the wind, and only then can a new and REAL DEMOCRATIC party, under Bernie and Berners be formed, and the 2+4 Coalition can begin putting some straitjackets on Group 1 for the good of the nation, and world.

Given the amount of ignorance, superstition, fear, bigotry and greed in the USA, it is no wonder that Donald Trump is president. He is a reflection, not an aberration.

I stand corrected (on my characterization of Trump fans in Dracula Dems): Trump voters were motivated by bigotry more than by economic hardships. From the article linked below:

“…whether it’s good politics to say so or not, the evidence from the 2016 election is very clear that attitudes about blacks, immigrants, and Muslims were a key component of Trump’s appeal,…

“Racial identity and attitudes have further displaced class (economics) as the central battleground of American politics,…

“…evidence suggests that racial resentment is driving economic anxiety, not the other way around,…

“Always remember: You have to identify the disease before you can begin work on a cure. In the case of support for Donald Trump, the results are in: It isn’t the economy. It’s the racism, stupid.”

So, Trump really is the image of White (and anti-immigrant Black) America: racist to the core. See the article at this link:
https://theintercept.com/2017/04/06/top-democrats-are-wrong-trump-supporters-were-more-motivated-by-racism-than-economic-issues/

Trump is Wall Street’s puppet whose strings are being pulled through his son-in-law Jared Kushner. Trump has kicked his Goebbels — Steve Bannon — into a corner, but Trump hasn’t had Bannon thrown out of Mister T’s clubhouse yet because Bannon is useful as a political mannequin to focus the attention of the Neo-Nazi rubes, and keep them attached to the Trump brand, as the most reliably conned component of Trump’s demographics.

Hear this slaves!: your bigotry is the slave-masters power over you.

A psychological disorder is:

“Any personal construction which is used repeatedly in spite of consistent invalidation.”
— George Alexander Kelly (1905-1967), http://oaks.nvg.org/george-kelly.html.

Kelly’s definition is the oldest likely source of the several quotes that have been blended into the well-known saying attributed to Albert Einstein (1879-1955): “The definition of insanity is doing the same thing over and over and expecting a different result.”