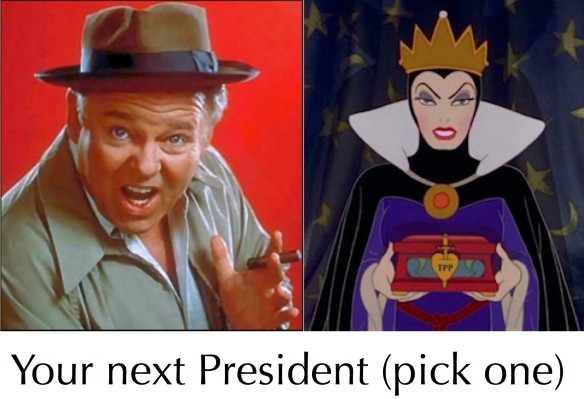 I am first impressions
fossilized in the minds of strangers called friends.
I walk out in the quiet morning light
and draw a line in the sand.
I breathe in four atoms of Archimedes
as horizons vanish like dewdrops in the sun.

I will always love Bernie Sanders for waking up so much of America to the reality of our corrupt political system, which serves an enslaving corporate-controlled economic system. I just watched Bernie’s speech at the Democratic Convention (25 July), in which he pledged to help elect Hillary Clinton to the presidency, because he believes that is the best hope for moving the Democratic Party platform (the most progressive in the party’s history because of Sanders’ influence) from words of promise into legislated reality.

I feel very sad, seeing the wonderful Bernie hanging his hopes for a better America on the commitments of Hillary Clinton and the corporate-owned Democratic Party (i.e., graft network). “Hillary Clinton understands,” and will no doubt live up to all her promises, we can trust her to take care of us. Uh huh.

So today, the 25th of July 2016, is undoubtedly the first day of the Trump presidency, the beginning of its preamble which will reach a crescendo on November 8, and then be legitimized on the 20th of January 2017. The best hopes for the next four years in America, and perhaps for a generation, were strangled in their Democratic Party crib today. I will always hate all Hillary Clinton voters, and I will always pity all Donald Trump voters.

Trump voters are too stupid to do any better, and many of them are justifiably angry over how they have been exploited economically. It is perfectly understandable that they would rebel against their political impotence by throwing the monkey wrench of a vote for Trump into the gears of the system. So, I pity them. Hillary voters, on the other hand, are smart enough to realize just how stupid their identity politics vanity is. Is the advancement and enrichment of one very corrupt woman really worth the many sacrifices the nation and its people must endure to sustain it? Is the thrill of being able to say “I voted for the first American woman president” really more important than the futures of our children, and the welfare of so many hard-pressed people? For Hillary Clinton voters it is, and so I hate them.

In terms of the careers and continuing kickbacks and graft for Hillary and her patronage network, and the DNC and its associated elites, a Trump presidency would certainly be bad. But, would it necessarily be equally bad for us regular Americans? It would undoubtedly be a clown show punctuated with failures, disasters and catastrophes, but in an overall sense would it be worse for most Americans as compared to the continuation of the present corporate-owned (Wall Street, including Saudi Arabia and Israel) corruption under a new Hillary Clinton brand name? I don’t know, but my best hope for the future is that it won’t.

I expect that Trump would mess things up enough that by the 2018 midterm elections, Democrats would gain House and Senate seats. By 2020, Trump might have stampeded the American voters into bringing back a Democratic Party president (ideally not Hillary). Trump would really do America a service if he could motivate (negatively, of course) Americans to vote for progressive and Green Party candidates in droves in 2018 and 2020. I’d like to see the first American woman president be Nina Turner or Jill Stein in 2020.

After today, I will be making an effort to work on my personal projects, and not spend time writing political commentary or with social media. I’ve said this in the past, but seem to drift back (it’s like dieting). I hope I can make it stick this time. I don’t want to waste any more time.

End Of The Line
https://youtu.be/cwqhdRs4jyA

All my writing is born for oblivion,
Myself, aged past thought by people today.
Heaven, Earth and I are sounding the One
Out of sand-gull wings fluttering away. <>

Very sad about the world today. Two innocent American Black men killed by White police officers the last two days, and videos of the killings posted on the internet and seen by many millions. Great rage and sadness, and fear. People try to vent their rage in mass protests, just milling in the streets and screaming out their agony, anything to deal with the pain, ages of pain fresh again. And it’s frustrating because it seems so pointless, we cycle and cycle endlessly in the same inhuman and idiotic pattern, wasting more innocent lives, damaging more fragile psyches of loved ones and children.

It’s so heartbreakingly obvious and so incredibly overdue for fixing that even our elegant president, Obama, feels compelled to address the nation at length: words of sympathy, even empathy, but so carefully crafted to soothe rather than incite, or call out explicitly for resolute action. Sometimes the best salve for a raw wound are words of raw truth. The political people always have their agendas, their legacies, and their prospects foremost in mind, and words from the heart must be filtered and second-guessed. But this is not the time for equivocation from a leader. It is time for a revolution.

And today, our collective societal dysfunction unravelled further into urban warfare, the toxic mix of belligerent ignorance, racial bias, assault rifles, and lost hope among the powerless for the liberating and protective implementation of justice. In Dallas, two snipers perched in elevated parking structures opened triangulated fire on police officers assembled at street level to manage the crowd scene of a peaceful Black Lives Matter protest, after the march ended as the people were dispersing. The reports at this moment list 11 police officers shot with 5 fatalities; one sniper is cornered and police are negotiating a surrender, the second sniper is unaccounted for.

To me this is all pure tragedy, pure waste, pure injustice. Whoever you are, whatever your afflictions and excuses, the only positive response to unjust deaths is the prevention of more unjust deaths. Just stop, people: new pain does not erase old pain. I could accept that America is just unable to do any better than to be a country of stupidity, guns, impatience and selfishness, if it could at least keep its brutish insensitivity within the bounds of un-bigoted non-violence. I would so much rather the knuckleheads of this country would wake up to the essential goodness of a just society as Bernie Sanders and Jill Stein envision and champion it. But, I’m a dreamer, and I’ve been that way since I listened to John Kennedy’s inaugural address (he, too, was shot in Dallas).

The events of these last three days have given me just the tiniest bit of a visceral twinge of what life and sorrow are like in places like Syria and Iraq. On July 3rd, 292 (latest count) people were killed by an ISIS truck bombing attack at a shopping center in a Shiite area of Baghdad. In subsequent days Shia, Sunni and Christian Iraqis gathered at the site to protest the outrage, and the attempt to incite civil war.

It all just goes on and on. Today’s cruelties will do nothing to assuage the legacies of yesterday’s cruelties, just as past cruelties have never had any tangible effect beyond creating more enduring sorrows, and quickly evaporate as justifiable excuses for inflicting future cruelties. It’s all so hideously wrong. Whoever you are and whatever your excuse, just stop whatever you are doing that even remotely feeds this beast. Forget about winning, forget about getting, forget about compelling, just remember to be human, that means to be part of humanity. It’s so obvious every child understands it. It’s about keeping your soul. What is your soul beyond how you relate to other people? Our individual sadnesses over the tragedies of these days is an upwelling of humanity’s soul reaching out seeking comforting reassurance of being whole, of being interconnected with itself in its multitude of human individuals.

The only real message here is: stay human. Stay human.