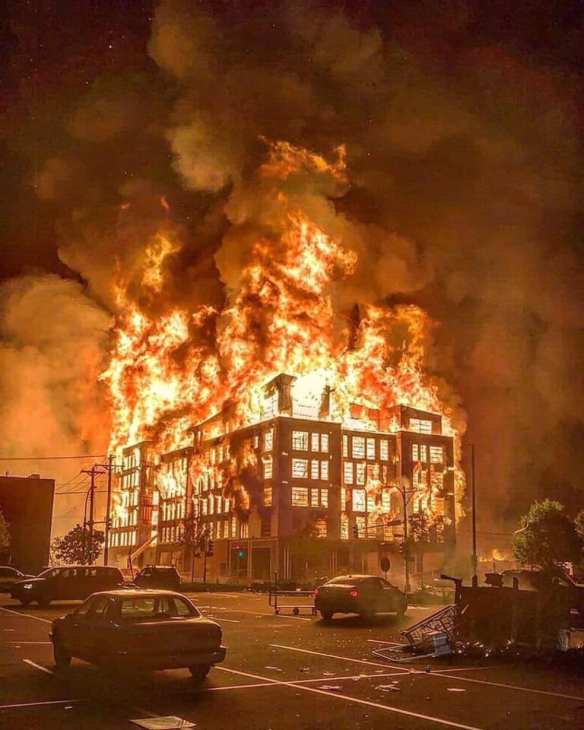 Thoughts on the George Floyd Riots

Yesterday, a friend wrote me: “I really don’t know how we are going to come out of this. For a while I was okay. Over the last week I have grown more desperate with each day as the news develops.” I am trying to answer him here.

Many of my social media friends have expressed their anger, outrage, sadness and disgust at the lynching of George Floyd by a white supremacist cop in Minneapolis on May 25th (8 days ago as I write this). That lynching was carried out by an arresting cop kneeling for 8 minutes and 46 seconds on the right side of George Floyd’s neck while the handcuffed Floyd was lying face down on a city street. Floyd kept pleading for relief because he could not breathe, but the killer cop continued his kneeling choke-hold for 2 minutes and 53 seconds after Floyd had become unresponsive. Three other cops participated in the lynching: one holding Floyd’s back, another holding his legs, and the third looking on and preventing intervention by a person who stood nearby, watching in horror. (https://en.wikipedia.org/wiki/Killing_of_George_Floyd)

The country has blown up, large protests and riots now fill the streets of many cities and towns in America, and have for the last week. “A riot is the language of the unheard,” as Martin Luther King, Jr. said about the expressions of that truth in 1965 (Watts, Los Angeles CA) and 1967 (Newark NJ, Detroit MI, and 157 other places). That truth again erupted into view in over 100 cities in the United States after Martin Luther King, Jr. was assassinated on 4 April 1968, with “the greatest wave of social unrest the United States had experienced since the Civil War,” before it finally flamed out on 27 May 1968. And that truth was again acted out during 6 days of riots (29 April to 4 May) in Los Angeles CA in 1992, after the four cops who had savagely beat Rodney King in 1991 were acquitted of any crime.

“We are witnessing America as a failed social experiment,” Dr. Cornell West said on 29 May, as he preached on CNN television with crystal clarity on the massive and systemic failure of America — as a society, an economy and a tangle of governments — to protect and defend all of its people. Listen to Cornell West for yourself to unflinchingly face the reality of America (https://youtu.be/cs3jdyfx_fo), a reality that had been made plain by Malcolm X by 21 February 1965, when he was assassinated.

People are in the streets because the George Floyd murder was the last straw on their unbearably strained patience in waiting for justice in America. They blew up because they saw that justice in America will never arrive. Their many pent-up disappointments and frustrations came to a head on seeing the video of the George Floyd murder. Those disappointments and frustrations include experiences of victimization — many fatal — by racist policing, as well as economic victimization by a structurally racist and fundamentally rigged economy.

So, the victim populations of the race war against Blacks, Latinos, American Indians, and others disfavored by white supremacists; and the class war by the rich and powerful against: wage slaves, the unemployed, youth without prospects, and the 99% of Americans who are outsiders from the con games and self-aggrandizing capers of the economic insiders, just went ape-shit on seeing the Floyd murder and its obvious acceptability to the Trump-led bipartisan power structure. That is why I call it a lynching.

All this is happening during the COVID-19 pandemic, which has paralyzed society with its obvious deadliness, and that in turn has collapsed any hope of financial security for so many people who were already in the bottom tiers of the fundamentally heartless American economic system.

Many of these people are faced with sudden devastating losses: of health and life to the SARS-CoV-2 virus, and of being cast into bankrupting debt by the medical bills for having survived COVID-19; of confidence in remaining healthy while on jobs they need for economic survival; of income when their jobs disappear, and with it their health insurance if those jobs even provided it; of housing with the inability to pay rent; and even of ready access to food. The pandemic has also interfered with the most fundamental source of solace we all rely on in our times of despair: sharing the company of our families and true friends. So going out into the streets now to protest is natural for many who want relief from the unbearable suffocation of the choke-holds on them, and for some of those people who feel they have nothing left to lose, to even riot.

Unfortunately, there are rotten malevolent scumbag bigots who are taking advantage of the street protests to act violently and destructively in the hopes of provoking a much wider race war of oppression by white supremacy. And there are too many cops and government people (the cop employers) who are obsessed with control and domination instead of public and individual welfare, and they too create more hurt and provoke more reactive rioting by their heavy-handed cop-riot “law enforcement” actions.

So we get a vicious cycle of violence begetting violence. The best way to break that cycle is to quickly legislate substantive social and economic improvements that clearly address the underlying distresses of the people protesting visibly, and the people despairing silently and invisibly. The blinded-by-bigotry Trump-type people don’t want to enact those long-needed reforms because it would mean cutting back on their money-making schemes and their biased administrative actions.

I am guessing the current cycle of unrest will wind down simply because of exhaustion on the part of most of the people in the streets, coupled with heavy suppression by militarized police and federal troops. That won’t end the problem, but just make it more “invisible” to the authorities and simply delay its resolution, which if not forthcoming will simply mean another outbreak is inevitable.

I think things will get back to “normal” in time (within weeks?), but the “normal” that we had before late May was toxic. It carries within it the makings of more, longer and worse future riots if we let it return and continue unchanged.

A Bernie Sanders presidency aided by a helpfully supportive Congress would have been a potentially mild reform of our toxic “now,” but that reform was forbidden by the corporate-owned bipartisan power structure through its Democratic Party wing, with the full concurrence of its Republican Party wing. So now we have the George Floyd riots because people don’t feel like compromising any more, or of waiting for the Godot of American justice, or of turning the other cheek of a failed Christianity.

I don’t know and can’t really guess what’s coming next, or of how things will play out for the rest of this year.

We need a lot of wise leadership — which is obviously entirely lacking from the Trump Administration, from the U.S. Congress, and from many governors and elected politicians — and we need a lot of steady confident calmness that holds off from violent actions, by governors, mayors and police forces, who would in turn all be supported in that type of compassionately wise response by those wished-for intelligent and unbiased Federal authorities, for this national crisis to be calmed down quickly and humanely; and to then be permanently resolved by essential social and economic reform legislation, which was assiduously enforced thereafter.

The slogan “no justice, no peace” says it all. We’ve always known that, and the Kerner Commission Report spelled it all out after the riots in 1967 (https://en.wikipedia.org/wiki/Kerner_Commission), but it was ignored.

This crisis will be fixed for real when justice in America is established for real. I don’t know when or if that will ever happen. But I just wish it would soon. 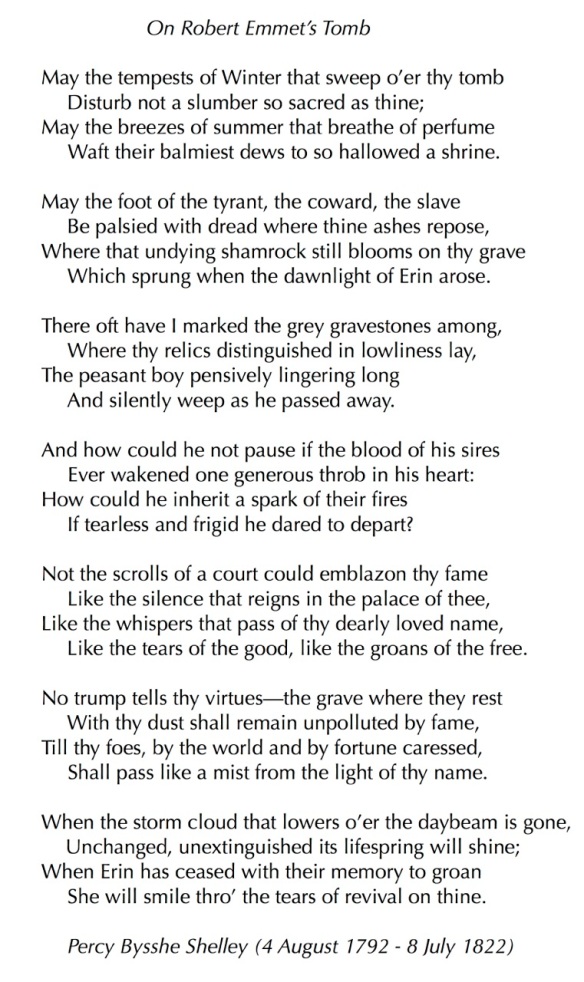