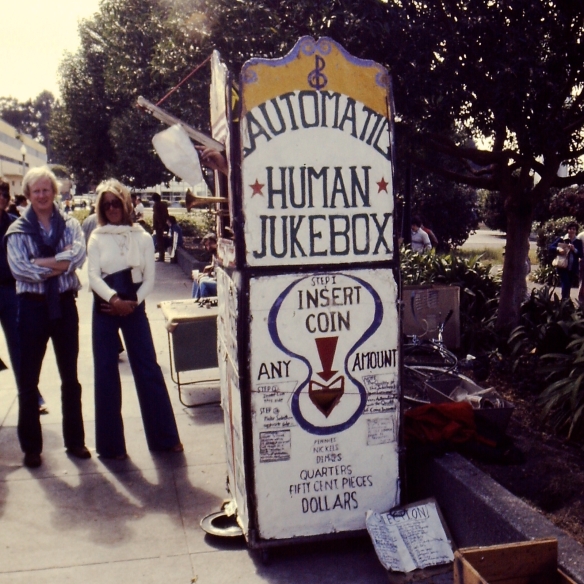 The Included World hastens to fortify its walls, gunmen, and accountants enclosing its select archipelago of oases defining its territory of secure consuming obliviousness, against the straining pressure of the rising flood from bursting Exclusion, compressed against its own outflow by Inclusion’s higher thicker dams holding back that impoundment of anguish swelling with frigid impoverishment and churning into boiling panicked stampedes toward the fabled cervixes of Inclusion, like turbulent torrents of delirious sperm racing up narrow clogged fallopian tubes, hurling themselves toward feverish beatific visions of higher bountiful fruition, while all around everywhere those exhausted in body, mind and spirit by the blind rush for survival fall out unseen to stagnate in the worlds’ gutters littered with the failures of luck and the refuse of compassionless inattention, to wither in the open, waste away in the dark, and be picked off by soulless scavengers.

Beyond the age of three, unless they thereafter ferociously resist the dissolution of their personal integrity by the ambient mass psychosis, the potentially Included increasingly devolve into zombies absorbed into generic personal fogs of indoctrinated illusions roboticizing them to mesh into enslaving gear trains of unconscious commercialized self-absorption as redundant units in the anthill pyramids of petty-minded potentates contending for greater leadership in Inclusion’s assault on the future. The waste heat of Included thoughtless excess rains down a desiccating coldness of heart onto the Excluded whose wellsprings of vitality are parasitically sucked out by remote greed, inundating the castaways with a desolation of uncaring, and garrotting them by the concentration of their bombarded fecundity.

Day after day the buoyant Included step with practiced ignorance over the unnoticed corpses of expired Excluded, fallen in their parallel isolation from within the descending crowd, across the pathways of Inclusion’s unrelenting drives of politicked ascendancy toward higher rungs of privilege and prestige, toward ampler harvests of enriching sales, toward wider presences of blaring advertisement in the electronic fields of automated rent-seeking, and toward grander delusions of self-worth measured by volumes of automated vapid exaltation, and looted cash.

In time the violent dams erected by Inclusion will collapse like the ice dams of the Pleistocene, with ensuing floods scouring to scablands the now plump islands of contentment, homogenizing the muddy sea of humanity. When? How? Who knows? But Nature eventually balances opposing forces, levels steep-sided heights, and equates differences in the time-unravelling chaos of entropy. The personal you, and all of your stuff, will be carried off by time’s unceasing undercurrent of dissipation. All your scheming and all your dreaming will be dissolved away, like everyone else’s, and the only fleeting remnant of any real worth you as a conscious organism may have had will be the fading memories in succeeding generations of if you had cared and how you had shared. Be happy, this is good, it means we each can know how to live enlightened and then come to die with an honest self-respect free of regrets.

Indifferent Nature dictates the Two Worlds must merge into One, but by the whimsical randomness of evolution our human species has uniquely been granted the limited power of deciding, soon, if that future One will be alive for all, or dead for us. Be happy, this is good, it means we can collectively know how to live as a socially enlightened species in harmony with all life, and with honest self-respect free of regrets — if we chose to.