When Ozymandias Is Forgotten

Zionism is racism, which is why so many Americans support it. American political consciousness has as its consensus a rainbow coalition of varieties of racism; and racism is a religious faith whose sacrament is money, whose mythology is real estate, and whose original sin is genocide.

Global warming climate change is the coming Great Flood for which we will ever be absent a Noah, because there is no True God to inspire a True Noah. God is dead because we are our own gods, who are dying in the rising tide of entropy seeping out as the lifeblood from the body of the True God we have murdered.

So many of those whose lives will be cut short, and whose dreams will be cut off, are innocent of the crime; but it is ever the privilege of wealth in its pyramid death cult to sacrifice abundances of young life on the altars of its mausoleums: glorious memories imagined that will only blow in the wind as dust in the not so distant unknown.

For some: ideas liberate the mind, and time offers promise.
For others: ideology cages mind, and time is a sentence.
Gratitude is the experience of Everlasting Life, and
No soul immersed in gratitude is ever alone.

The warmth of sunlight on skin, the brush of cool breeze against the cheek, the ringing of birdsong through the trees, the blushing of day into night before the eyes, the slow cascade of wispy cloud down the mountain, the sparkle of moonlight in the brook, the density of quiet in the dark, are all the eternal caress and lullaby by the Mother, always sustaining a refuge of love, always welcoming home her lost children.

I stretched my legs and curled them under the blankets while the cat pressed his weight down into them, walking and coiling above. I ringed them into a bowl, a plush crater, and he settled his body pressing against them. And thus we slept through the late night dark into the bright of morning: connected in the eternal.

The struggle for life is real, but we misuse it.
Wisdom is life lived in the calm of grateful awareness.

Socrates was insufferable, and was insufferably responded to. Plato was elegantly snobbish in playing Socrates without hazard. Shelley was Dionysian, but with his lordly airs could never be Euripidean; his Ionian reflection was Keats, that flowering of the sublime into the radiance above Wordsworthian mulch. Bukowski, that guttural Boudu, played at Diogenes without his wit or insight. Ginsberg, as frenzied Whitman, played Kerouac in the feminine; Kerouac played Ryokan as cool jazz Nietzsche; Ryokan was pure moonlight on the river; and Camus was the river of conscience into Melville’s sea of morality. Our taste in poets, for those that are true poets, reflects on our flaws not theirs. True poets are diamonds of imperfection forged out of the coal of humanity.

When Ozymandias is forgotten we will have let go and been enfolded. 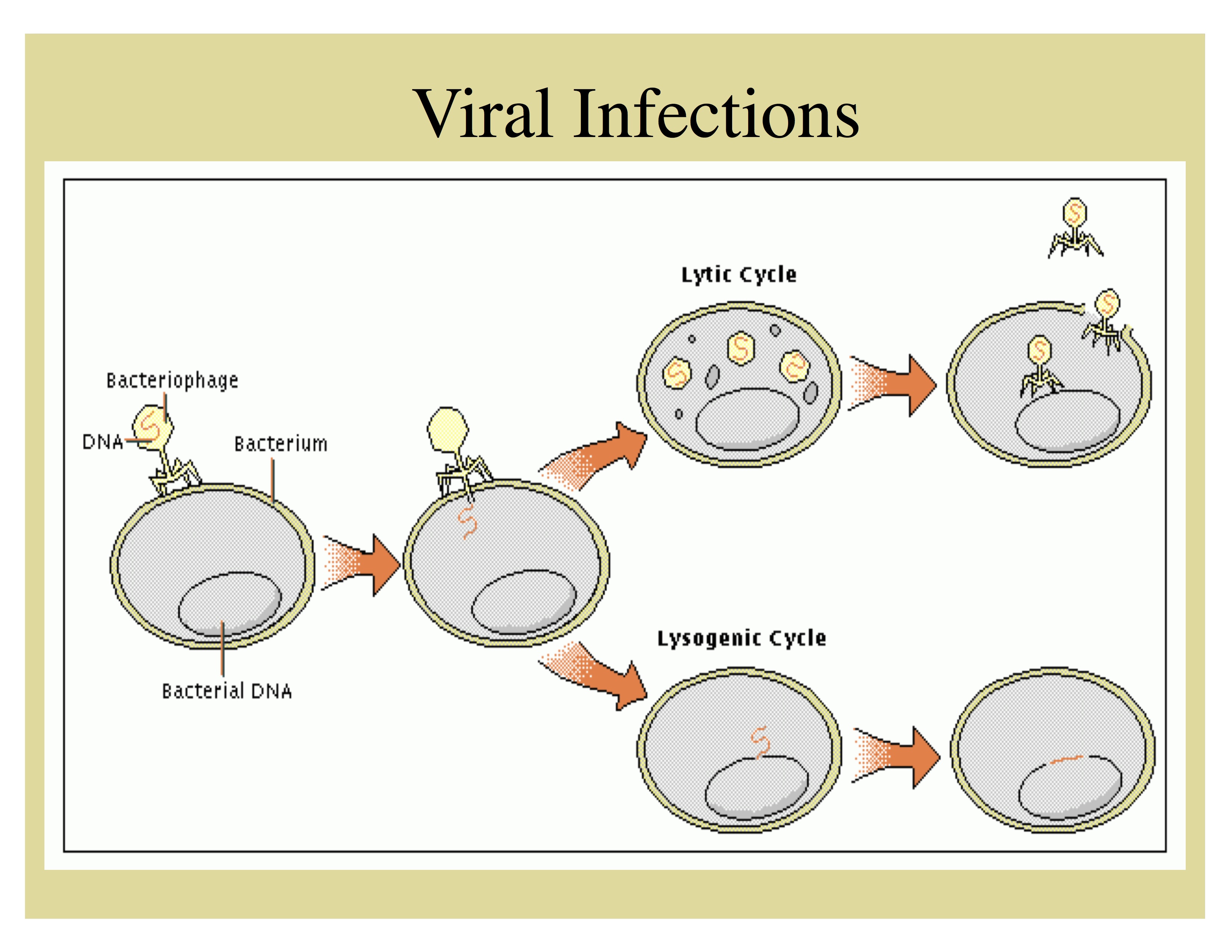 The Prospect of Death Concentrates the Mind Wonderfully to Socialism

Many people are now writing that COVID-19 has “awakened us” to the realization of how inhumane the entire economic paradigm of the U.S. is, and how structurally weak in its lack of diversification and rootedness in domestic assets (‘native species’), in the same way as vast fields of monoculture agriculture of genetically weak hybridized crops (for “high yield” and easy harvesting). Both the economic and plant monocultures can be devastated by disease germs finely targeted to those highly exposed monolithic weaknesses.

This sounds like an epidemiological Pearl Harbor argument: viral surprise attack on huge vulnerabilities we should have realized long ago, the eruption of fear that we were unknowably living in a house of cards that the surprise viral attack has caused to collapse around us. But in this case the falling cards of our once intact economic erection, though now so apparently flimsy in collapse, are nevertheless so massive as to easily crush us all in this ongoing demolition.

That previous image has become quite popular in the commentariat during the last few days. However, I think it is more of a cover for chagrin over having avoided acknowledging the truth previously. And that truth is simply that the U.S. economic paradigm has always been thoroughly inhumane, and a complete monoculture of capitalist obsession, with its least barbaric period extending from the Franklin Roosevelt Administration to the first half of the Jimmy Carter Administration.

During that milder interregnum the claws of American capitalism were clipped and rounded somewhat by the social programs softening the bitter disappointments Americans bore through the Great Depression, World War II and the Korean War, and which social programs offered the prospects of greater popular comfort, entertainment and consumerist happiness, and somewhat assuaging the stresses and agonies of civil rights aspirations and the stings of the various wars of empire of the 1960s and 1970s, most notably in Vietnam.

I think that the years 1976-1977 was the time of peak American peace, popular prosperity, and general societal wellbeing; this was post-Nixon and pre-Reagan. In 1978 Zbigniew Brzezinski, President Carter’s National Security Advisor, steered Carter rightward away from his more humanitarian inclinations and towards Cold War vengeance and Vietnam War payback by suckering the Soviet Union (the Russians) into their Afghan War quagmire. With the rise of Margaret Thatcher in the U.K. in 1979, and Ronald Reagan in the U.S.A. in 1980, neoliberal economic and nationalist ideology came to dominate our paradigm, and capitalism’s claws were lengthened, sharpened and dug in much deeper into the tender flesh of civilization. That cruel regime has continued in the U.S. to the present.

So, there is no logical reason why it should now come as a surprise to any honest commentator that our economic paradigm is so structurally and operationally inhumane. You didn’t need COVID-19 to suddenly awaken you to this long evident fact. What has actually happened is that the entire pandemic crisis, even catastrophe, has made it impossible for anybody to hide themselves from the undeniable fully exposed truth of our economic and societal inhumanity. Any well-educated thinking person, like the members of the professional commentariat, can only feel somewhat embarrassed (the most decent ones would feel ashamed) at having consistently avoided stating the socio-political facts-of-life to their public audiences in the past, but of course that camouflaging avoidance was precisely what they were being paid to do.

And so, “the best and the brightest” were surprised by the appearance of COVID-19 to the structural weakness of inhumanity in our economic system, and we their grateful audiences are now instructed to be surprised as well. And this surprise leads perforce to fear: how else can we preserve our hierarchical system of rigged prosperity from destruction by pandemic economic collapse, than by implementing socialist financial relief measures of the Bernie Sanders and FDR type that we can’t allow ourselves to make permanent, since that would in itself be a collapse of our raw capitalist paradigm into redistributive socialism.

Notice, that of ideological necessity the “surprise” leads to the realization of a needed socialist correction as a “fear,” because the inhumane truth was always out there in plain view, and the recognition of that truth at any time could have been the source of great joy: we don’t have to suffer, we can change this now!

It is easy to see the personification of this ideological duel in the persons of Donald Trump and Joe Biden, who are the Tweedledum and Tweedledee of an essentially unified presidential campaign championing the preservation of the neoliberal paradigm (“surprise” by COVID-19 and “fear” of chronic socialism); and presidential aspirant Bernie Sanders and his many young acolytes, who champion the socialist correction of the long-standing — and by Sanders long recognized and decried — economic inhumanities.

COVID-19 is only authentically a surprise in the sense that any new infection is a surprise to a person who finds themselves suddenly miserably ill, and the societies that find themselves infused with new runaway contagion. But the long-known truth is that such diseases erupt periodically, inconveniently, and with damaging and deadly consequences, so any humane economic paradigm must include persistent scientific efforts to anticipate, prepare for and effectively respond to epidemics. Obviously, this is (or would be) a socialist element of any government and international association of governments.

Surprise that the COVID-19 pandemic has exposed the economic frailties of our capitalist economies is really fear by the capitalist elite, and their fake-tough toady flunkies, that socialism will be seen by the masses as the obvious best format for the economic paradigm going forward, because it is the self-evident solution to the immediate problem of preserving society from collapse because of the onslaught of an uncountable number of teeny tiny viruses, each perhaps only tens to hundreds of nanometers in extent, but with embedded programming for eating away your lungs.

According to Boswell, Samuel Johnson said: “Depend upon it, sir, when a man knows he is to be hanged in a fortnight, it concentrates his mind wonderfully.” And so with us, the people of Planet Earth in the year 2020, the possibility of death by highly contagious viral disease overrunning the world has wonderfully concentrated our minds on a sought-for safe harbor for protection and salvation, and — surprise! — that safe harbor is socialism. What happens beyond this point is entirely a reflection of our individual and collective moral characters.